Life in Kuwait for a deployed soldier is quite different from living on a base in the United States or Germany. The freedom a soldier enjoys in countries outside the Middle East is a whole lot different than that of Camp Arifjan. Arifjan is one of the largest bases in Kuwait. About 30 miles outside the city and down route 30. It is  situated in the desert and one of the hotest places Ion earth. Some days the temperature reaches 40 degrees centigrade. You certainly need a lot of water to keep hydrated. I spent a lot of time there as I was retailing military rings to the Armed Forces.

Life For A Deployed Soldier

Kuwait can be experienced of course if your lucky enough to be able to do some tours.  Tours are sometimes organized for the troops by the USO. The country itself is very rich in tradition and the heritage centres around Islamic art and calligraphy. The art galleries will display modern art and Arabic art. There are many expeditions held throughout the year. The artist are very well know at home in Kuwait.  Their work is also recognized on the international circut also. There are lots of private collections that have survived the invasion  by Iraq. These tell various stories of life in this strategically located country. 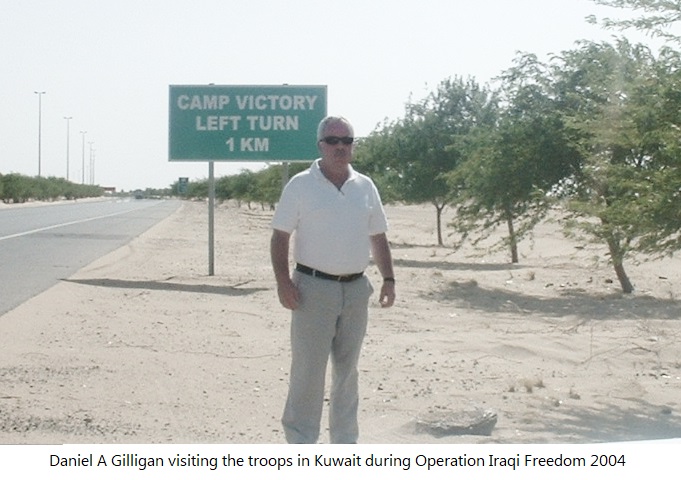 Well its also different than most European countries and the rolling hills of the United States. Very little grass and the bit that is seen needs to be watered almost constantly. otherwise it would just burn up. One of the most famous sites that visitors to Kuwait like to see is the settlement named Failaka.  This can be reached daily by a public ferry. The Island is about 20km from the coast of Kuwait. It has a history that dates back to to the Bronze age. Because some of the artefacts discovered on the Island during archaeological digs indicates that they date back about 4000 years.

The Island was inhabitated right up to 1990.  Because of the invasion by Iraq, sadly there are no longer anyone living there.  Only empty shells and ghosts can be seen.  You will find sword specialists in Kuwait that will custom make a sword for you with your personal details engraved on the blade.

These beautiful deployment rings are custom made with all your personal details, and will surely become a great family heirloom from one of the most historic time of the modern day. Write down a a sheet of paper all the details you would like on your ring.