Precious Gifts for Son in the military. Great gifts to give a son in the Armed Forces are military rings and custom swords. Making a decision to serve a state by joining the military is an honorable decision that your son may has made. To thank him, you should consider giving him a special gift to honor his manhood.

Giving a gift to your son in army will let him know that your blessings follow him always. And that you will support his mission and express your gratitude and pride because of him. However, it may not be easy for you to know the kind of gift you should give to him when he is many miles away from home. Below are some of the military-specific gifts which any son in military will highly appreciate.

Military Rings as Gifts For Son

You son is probably very proud of devoting a part of his life to serve in the military service. Giving him a military ring is a great decision, as it will show off his dedication to serve his country. Military rings can be bought for the Navy, Army, Marines, Coast Guard and Air Force. The rings are usually inscribed with a personal sentiment of love and pride.

Deployment Map As Gift For Son

You should send a map to your son which can be hung on the house wall so that he can record the various places he has gone. You can also include some small stickers where he can mark each city. Upon the completion of the mission and coming back home, he can share the map with the family members. This will also include the stories from places he has travelled to during his deployment. 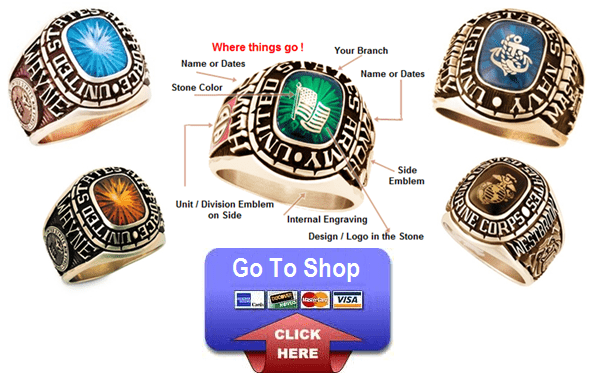 Swords Make A Great Gifts For Sons in The Military

Your son will appreciate so much if you give him a personalized sword with his name on the blade. These swords were designed to celebrate and record special milestones and achievements. The deployment sword is a must for all collections.

Other gifts for son in military include marine rings, birthday gifts, family crest rings, retirement gifts and gifts for men in the military service. You can give your son any of the above gifts and surely he will appreciate and feel that you have love for him in his life mission.