Retirement Gifts for men that show appreciation for their service in the military. All gifts can be personalized with mementos of their achievements. Gifts from $199.00 For many men the thoughts of retiring is pretty daunting. After a lifetime working, the gift they receive will be an indication of how well they were thought of in the organization. But, it’s not only organizations the purchase gifts. Retirement gifts are purchased by spouses, family members and loved ones. This important milestone is commemorated and celebrated by all men in the civilized world. It gives closure to the working life and opens the door to fulfilment in a personal capacity. 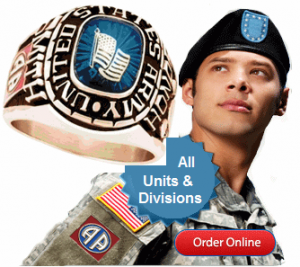 In the United States a vast amount of the population enter in to a life in the Armed Forces. They have options at enlistment stage to serve in one of the five main branches of the military. These branches are the U.S. Army, the U.S. Navy, the U.S. Air Force, the U.S. Marine Corps and the U.S. Coast Guard.

It is normal for many service men to serve 20 years in the service and then take retirement. Following retirement quite a few enter in to public life and the security industry. Enlistment for a lot of men starts at 18 years old, so after twenty years service, they are still relatively young when retiring. Custom military rings, with the retirees name, rank and other career details are treasured retirement gifts for men.

In Europe, Canada, Australia, England and the United States there are millions of immigrants whose heritage derives from Europe. Oddly enough, although heraldry it its origin is thought to be bound with monarchy the science has extended far beyond this. Knights and officers of military status has always had an intense interest in Coats of Arms. Today many of the unit and division emblems have an acute resemblance to the family Coat of Arms.

Four of the very popular gifts from these range is the following;

Cuff-links are a wonderful gift for any man who is used to formal dressing. The can be designed with the family crest or Coat of Arms. Monogrammed cuff-links are also very popular. The metals available for these items are Silver and Gold. Bracelets are returning to the fashion industry. Whether you are from a military background or a civilian there are a multitude of designs to select from. The can be personalized by engraving a name or other sentiment of love or motto.