Lackland Air Force Base, 1701 Kenly Avenue, Texas is known as the “Gateway to the Air Force”. Our troops selflessly put their physical well-being and their lives at risk to ensure our freedom. The freedom and rights a good majority of us take for granted daily. Imagine being shipped off to a foreign land, completely out of your environment, to fight other military personnel on their own home turf. Hundreds of miles away from home, sweating from lugging around excessive amounts of gear and weaponry. Theses troops deserve the best, products of the highest quality, durability, and usefulness. Not only to make the fight overseas a less arduous and daunting task, but to maintain their comfort and ensure the troops know their selfless sacrifices are not being taken lightly. 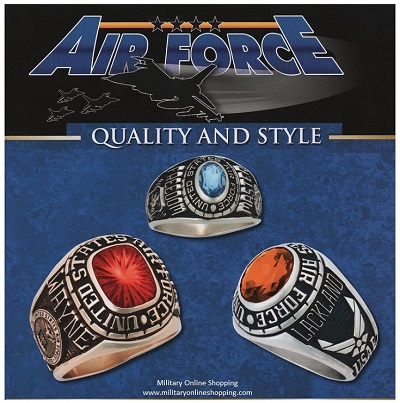 The Lackland Air Force Base in Texas is part of the Joint Base San Antonio (JBSA). Legislation ordered the consolidation of three different military facilities into a single joint base. The Joint Base San Antonio is one of 12 joint bases in the United States, all consolidated as a result of the 2005 Base Realignment and Closure Commission, according to Wikipedia. Lackland AFB is named after Brigadier General Frank Lackland, and is the only entry processing station for Air Force enlisted Basic Military Training.

Temporarily, Lackland Air Force Base shared this status with the Amarillo Air Force Base during the trying times of the Vietnam War, but Amarillo was closed in 1968, leaving Lackland AFB the sole Basic Military Training base for the Air Force in the entire country. One of Lackland’s most infamous features is it’s collection of vintage military aircraft, still on display to this very day on it’s parade grounds. These air crafts include (but are not limited to) F-4 Phantom II, SR-71 Blackbird, B-52 Stratofortress, B-17 Flying Fortress, B-25 Mitchell, and a C-121 Constellation.

Lackland offers an on-site mega Exchange Mall, as well as a large 24 hour express with gas. Also included is the mega Troop Mall, and the largest Military Clothing Store in the entire Air Force, even featuring catalog sales support! Some of the restaurants on site include a Burger King, a Godfather’s Pizza, a Main Base Exchange Food Court, a Smokin’ Joe’s BBQ, the Gateway Club, and last but certainly not least the infamous Susie’s Kitchen in the Skylark Bowling Alley. Air Force Rings can be custom made with the text “lackland” engraved on the side.

An Airman (or Airwoman) is any US Air Force member, be they an officer or enlisted, active, guard, or reserve, along with Department of the Air Force civilians, who support and defend the US constitution and selflessly serve our country and protect our rights and freedoms. Training is designed to transform civilians into self-disciplined, motivated warriors with a foundation in service, and providing the world’s greatest Air Force with the world’s greatest Airmen and Airwomen! Absolute professionalism and steadfast loyalty to freedom are essential in grooming the next generation of Air Force pilots and soldiers!

In conclusion, our troops deserve the best. The selfless warriors who defend our rights and countries deserve the best food, the best gear, and most importantly, respect and admiration from fellow US citizens as a testament to their continued bravery and service to our beautiful country. God bless America!

We use cookies on our website to give you the most relevant experience by remembering your preferences and repeat visits. By clicking “Accept”, you consent to the use of ALL the cookies.
Do not sell my personal information.
Cookie SettingsAccept
Manage consent

This website uses cookies to improve your experience while you navigate through the website. Out of these, the cookies that are categorized as necessary are stored on your browser as they are essential for the working of basic functionalities of the website. We also use third-party cookies that help us analyze and understand how you use this website. These cookies will be stored in your browser only with your consent. You also have the option to opt-out of these cookies. But opting out of some of these cookies may affect your browsing experience.
Necessary Always Enabled
Necessary cookies are absolutely essential for the website to function properly. These cookies ensure basic functionalities and security features of the website, anonymously.
Functional
Functional cookies help to perform certain functionalities like sharing the content of the website on social media platforms, collect feedbacks, and other third-party features.
Performance
Performance cookies are used to understand and analyze the key performance indexes of the website which helps in delivering a better user experience for the visitors.
Analytics
Analytical cookies are used to understand how visitors interact with the website. These cookies help provide information on metrics the number of visitors, bounce rate, traffic source, etc.
Advertisement
Advertisement cookies are used to provide visitors with relevant ads and marketing campaigns. These cookies track visitors across websites and collect information to provide customized ads.
Others
Other uncategorized cookies are those that are being analyzed and have not been classified into a category as yet.
SAVE & ACCEPT